West Ham United Football Club (WHU FC) has one of the most respected youth academies in the world. The 2016 WHU camp will be June 14-16, at Scheels Overland Park Soccer Complex – check the camps page for all the details & to register.

The Overland Park Soccer Club (OPSC) is a proud partner of the West Ham United North America Academy. Being affiliated with WHU is a great opportunity for OPSC players. WHU Academy sends coaches from England to the USA each summer to organize CAMPs in 35 States to scout promising talent. 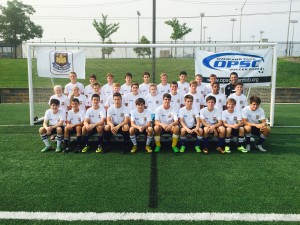 In 2015, the following OPSC players were invited to the National CAMP:

Jonathan Bass U16 academy and Kevin Grinstead U15 academy players were invited to the London WHU Youth Academy. Click here for more information on the West Ham Academy program. 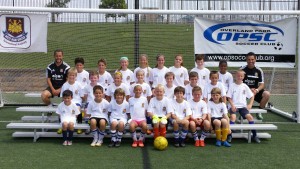 West Ham United Football Club has one of the most respected youth academies in the world.

Under the direction of academy director Tony Carr, the West Ham United Academy has produced many players who have gone on to play at the very top level of professional football. The club has established the International Academy to develop partnerships and programs in the USA and Canada that can share West Ham United Academy coaching methodology to assist the long-term development of North American players.

According to Tony Carr:
“The enthusiasm with American youngsters to get better and to play the game is unquenchable at the moment. There is lots of raw talent in the US and 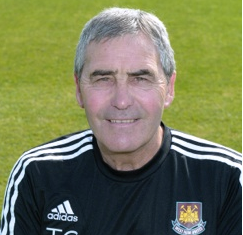 some very good players. There is no question about that. We had a boy come to our academy who was on vacation in the UK, and he made a visit through our links in the USA. We let him join in with our under-12 squad and this player was as good as anyone we had recruited ourselves locally. We know the talent is there in the US.”

When asked what academy coaches hoped to see from American players, Carr added; “We are looking for a passion and enthusiasm for the game. You have got to love the game. You have got to want the ball at your feet every minute of the day to learn and hone those techniques. As they progress and get older, the game gets faster and more physically demanding so we are trying to produce and develop a player that can cope with those demands later on. In the early years, it is just about developing skill, technique and individuality. Those are things we can encourage and the rest can come later.” 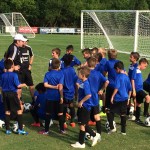 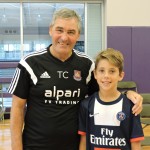 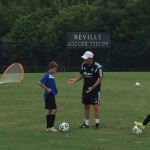