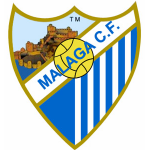 OPSC is proud to announce a new partnership with Málaga Club de Fútbol, a Spanish football club based in Málaga, Spain. They are previous quarter-finalists in both the Champions League and UEFA Cup and frequently challenge for European places in La Liga. The club is based in the province of Andalusia in the south of Spain. They have finished in the top 10 in La Liga in 7 out of the last 8 seasons.

OPSC will hold the first Malaga FC International camp this summer July 24-27 at the OP Scheel Complex in Overland Park Kansas. Players will have a unique experienced to be coached for 4 days, 2 hours session a day by Malaga FC Youth Academy coaches. In addition to receiving outstanding European coaching, some players with promising potential may receive an invitation to join the Malaga FC youth academy for a training week/detection in Spain. Don’t miss on a great experience and a chance to sharpen your soccer skills before the fall season or High School tryouts.

Cost: OPSC players $165 and non-OPSC players $225. All players receive a Malaga FC training shirt with registration. Due to limited number of coaches coming from Spain spots for this camp are limited.